Findings from a new Cleveland Clinic study do not support the use of a high-dose omega-3 fatty acid formulation to reduce major adverse cardiovascular events in patients with high cardiovascular risk.

Findings from the STRENGTH Trial: Cardiovascular Outcomes With Omega-3 Carboxylic Acids (Epanova) In Patients With High Vascular Risk And Atherogenic Dyslipidemia were reported today during a Late Breaking Science session at the American Heart Association’s virtual Scientific Sessions 2020. The findings were also simultaneously published online in the Journal of the American Medical Association.

In the STRENGTH trial, 13,078 patients were randomized to receive daily supplementation with high dose omega-3 fatty acids or placebo (corn oil). The high-dose omega-3 fatty acid drug used in the study – not available over the counter – did not result in a significant reduction in major adverse cardiovascular events compared to corn oil. The trial was stopped early since there was no significant difference between groups in the primary outcome.

A prior clinical trial published in 2018 found that use of icosapent ethyl, a type of highly purified omega-3 fatty acid, significantly reduced cardiovascular events and cardiovascular death among high-risk patients compared to a mineral oil placebo. The study was controversial because mineral oil had unfavorable effects on cholesterol and markers of inflammation, which may have exaggerated the apparent benefit of icosapent. 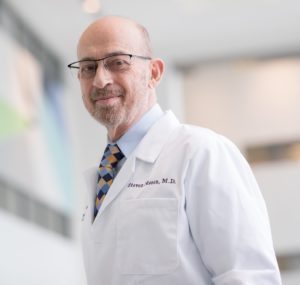 “These results have prompted the question of why the STRENGTH trial was neutral while a previous trial was favorable,” said Steven Nissen, M.D., Chief Academic Officer of the Heart, Vascular and Thoracic Institute at Cleveland Clinic, and the study’s senior author. “Compared with mineral oil used in the previous trial, corn oil did not raise levels of bad cholesterol or markers of inflammation, suggesting that it was a truly neutral placebo.”

The double-blind multicenter trial included patients who were randomized at 675 academic and community hospitals in North America, Europe, South America, Asia, Australia, New Zealand and South Africa. Participants were randomized to receive 4g daily of omega-3 carboxylic acid (CA) or corn oil, which was intended to serve as an inert comparator, in addition to usual background therapies, including statins.

After 1,384 patients had experienced a primary endpoint event, the trial was stopped based on recommendation of the independent data monitoring committee suggesting a low chance of clinical benefit and a significant increase in atrial fibrillation with omega-3 CA compared with placebo. By trial closeout, a major event occurred in 785 (12.0%) patients treated with omega-3 CA, versus 795 (12.2%) patients treated with placebo. 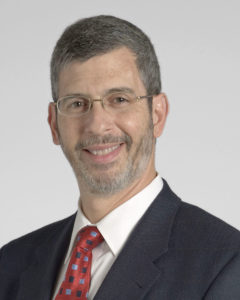 “The question of whether administration of omega-3 fatty acids plays a role in the prevention of cardiovascular disease has been investigated with varying results,” said Michael Lincoff, M.D., vice chair in the department of cardiovascular medicine and director of C5Research at Cleveland Clinic, and the study’s second author.

“The STRENGTH trial showed a 67% increase in atrial fibrillation in the omega-3 CA treatment group, indicating that there is some uncertainty whether there is net benefit or harm with administration of any omega-3 fatty acid formulation. Given that two large clinical trials have now demonstrated a greater incident rate of atrial fibrillation with high dose omega-3 fatty acid administration, this observation requires further study,” Lincoff said.

“These results suggest that a review of the entire class of fish oil products is warranted to determine what labeling changes might be appropriate for these products, including whether high-dose fish oil supplements truly provide benefits given the risk of atrial fibrillation,” Dr. Nissen said. “These results also have implications for over-the-counter fish oil since many patients take large doses to avoid the expense of prescription drugs.”

The study was funded by AstraZeneca. Dr. Nissen has served as a consultant for many pharmaceutical companies and has overseen clinical trials for Amgen, AstraZeneca, Cerenis, Eli Lilly, Novartis, Novo Nordisk, The Medicines Company, Orexigen, Takeda and Pfizer. However, he does not accept honoraria, consulting fees or other compensation from commercial entities. Dr. Lincoff has received research funding from Amgen, Astra Zeneca, CSL Behring, Esperion, Eli Lilly, and Novartis and has served as a consultant for Novo Nordisk and Eli Lilly.

The trial was coordinated by the Cleveland Clinic Coordinating Center for Clinical Research (C5Research). The protocol was developed by members of the independent academic executive steering committee in conjunction with AstraZeneca, the sponsor of the study.